Two weeks ago, Jeremy Woodward visited Tufts Medical Center in Boston with his wife and their three daughters. Ten years earlier, on August 4, 2007, Woodward was at that same hospital not knowing if he was ever going to leave.

“The last time my wife, Brook, and I walked into this hospital, it was under very different circumstances. It was basically life or death,” said Woodward, who lives in Concord, N.H. “To be able to come back here ten years to the day, with my beautiful family, is pretty special.”

Woodward, who was 28 at the time, was in class four heart failure and nearly died. His heart failure developed after an aortic tissue valve that he had replaced in 2000 stopped working, which prevented his heart from effectively pumping blood. The best-case scenario, Woodward feared, would be that he would require a heart transplant.

When he arrived at the hospital, Woodward was carrying 45 pounds of fluid weight. During the procedure to have his aorta repaired and another valve replaced with a mechanical heart valve, Woodward developed a clot on the left side of his heart, which required additional repairs from his doctor s. After six weeks in the hospital, Woodward returned home with Brook and has made a remarkable recovery.

“When we were in the hospital for weeks leading up to Jeremy’s surgery, my biggest fear was leaving the hospital alone,” said Brook Woodward. “Being there for weeks takes your mind to places you don’t want to think about. We hadn’t even been married two years, so dreams of having a family and a home just seemed like they weren’t going to be in the cards for us.” When Woodward walked into the CardioVascular Center at Tufts earlier this month, one of the first people he saw was Noreen A. Dolan, NP-C, who was one of the head nurses who took care of him during his time in the hospital.

“Jeremy was one of the sickest patients I cared for in my career. I thought his chances of recovery were slim to none,” said Dolan. “Although we would be able to fix his heart valves, we thought he would always be limited due to his major heart condition. Despite all this, Jeremy remained positive, and stated he would be back better than ever, but I was not optimistic.”

“Walking in and seeing Noreen after everything that happened was an amazing moment,” said Woodward.

The Woodwards introduced Dolan to their three daughters Elliana, 8, Bryn, 5, and four-month-old Isla. They also updated Dolan on the work Woodward has been doing since his surgery to raise awareness and funds for the American Heart Association and the American Stroke Association.

After learning about the AHA and ASA through a friend, Woodward decided to get involved with the organization by sharing his story. He had always been interested in running the Boston Marathon, so when he found out about Tedy’s Team, a running group created by the American Stroke Association and former New England Patriots linebacker and stroke survivor Tedy Bruschi, he realized it was a perfect fit.

“Being able to do my part to fight heart disease and combat stroke is, I think, what I’m supposed to be doing,” said Woodward. “I was given a tough situation, and I wanted to make sure I turned it around into something really positive.” Woodward joined Tedy’s Team in 2013, and this year he will run his second Falmouth Road Race, fourth Boston Marathon, and second travel race with the group. Through these events, Woodward has raised over $37,000 for life-saving heart and stroke research and education. He will also be participating in his second Ironman triathlon in November, after doctors told him he would never be able to compete at that level again.

Dolan credits Woodward’s “positive spirit and motivation” for the success he has enjoyed post-surgery. She calls him a “Tufts rock star.”

“Jeremy kept our spirits up,” she said. “He told us that once he recovered, he would compete in a triathlon. We didn’t think it was possible, but a year later he did. He defied all odds – a true champion.”

Brook Woodward said that even at her husband’s lowest point, he kept a smile on his face and would joke with his doctors and nurses.

“I believe that his ability to keep positive is what kept him alive – along with the incredible team of doctors and nurses that literally put his heart back together,” she said. “Now, 10 years later, we have three beautiful daughters and a brand-new home that we’ve worked so hard for. Going through this experience has made us appreciate everything that we have so much more.”

American Heart Association Massachusetts ·
@AmericanHeartMA
Making a commitment to your health isn’t something you have to do alone, so grab some friends this Fourth of July and Go Red! https://t.co/DIAFHiKXbA https://t.co/X5f2MgPL7j
View on Twitter 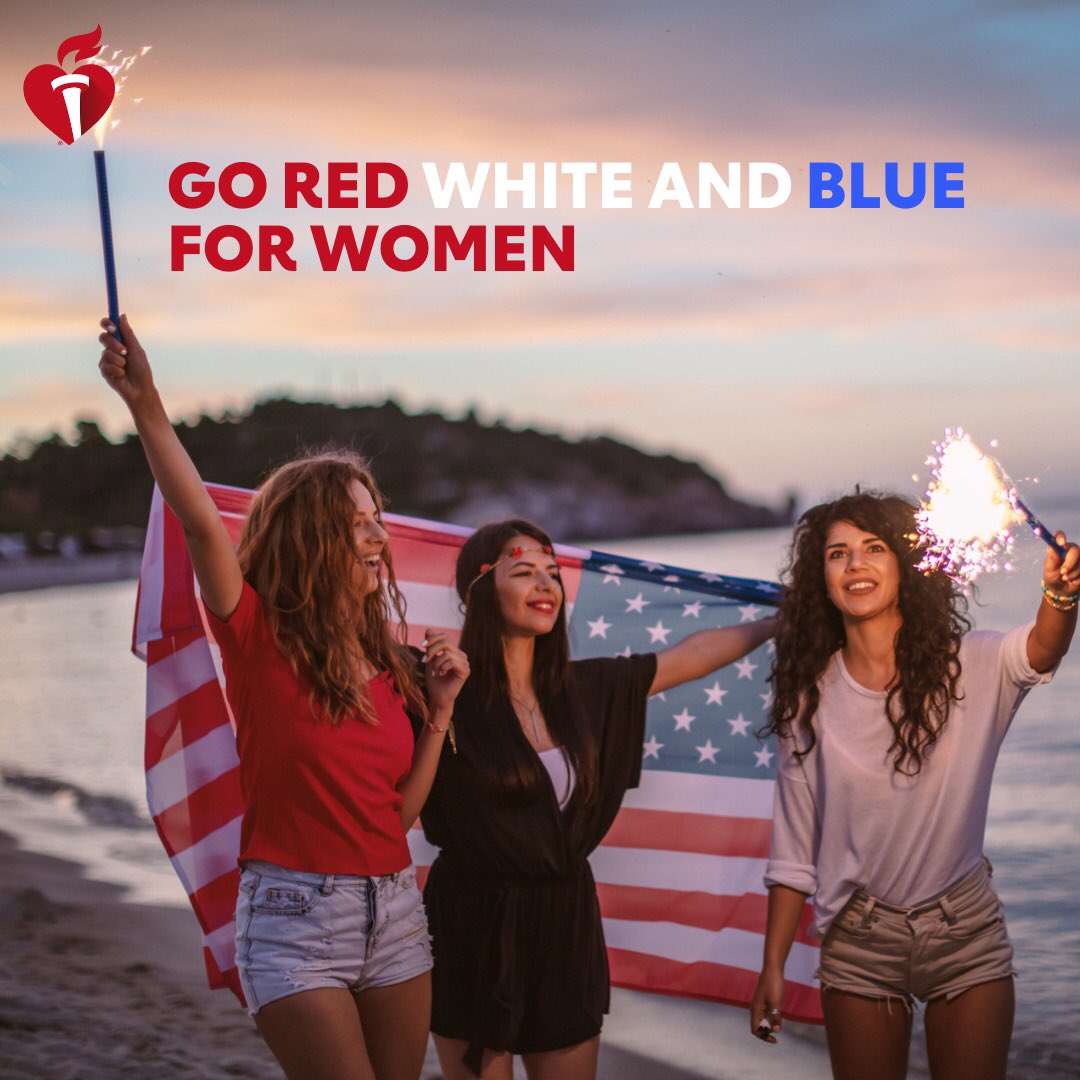